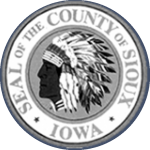 The Election Department in the Auditor’s Office is responsible for every aspect of conducting an election from voter registration to the final count of the votes. This site is designed to be a resource for residents looking to learn how to vote, find their elected officials, learn about becoming a candidate, or find past or upcoming election information.

Where do I vote?

How do I vote?

New voting precincts have been established resulting from the reprecincting process after the 2020 census. Click here to view Ordinance No. 29 describing the new precincts.

Click to view the legal descriptions and maps of voting precincts.

Click here to to learn more about the new Voter ID Laws.

Click here for resources for disabled voters and disabled veterans.

Why did my deceased family member receive mail from you? Expand

The mailing likely came from a political party or voter advocacy group that is using outdated information. Double check the piece of mail to see who sent it. Groups that mail things like the voter registration forms will put the auditor’s address on the form because that form needs to be mailed to us however, that doesn’t mean we sent it. You can also call the auditor’s office and we can confirm the individual is listed as deceased in the voter database.

I live in one precinct and hold property in a second precinct. Can I use either property to register to vote? Expand

No. You need to register at the address where you sleep. Furthermore, if you live in another state but hold property in Sioux County, you need to vote in the state where you live.

No. We have a system that tracks who has requested an absentee ballot to ensure we only mail one ballot regardless of how many times you send in the request form. Our system also tracks the return of ballots to ensure only one ballot is received per voter.

Can you explain the different types of elections? Expand

Special elections are not regularly scheduled. They are commonly called for by cities or schools to vote on bond measures.

I have a family member who lives in a nursing home. How do they vote? Expand